English Wikipedia has an article on:
Bohlen–Pierce scale 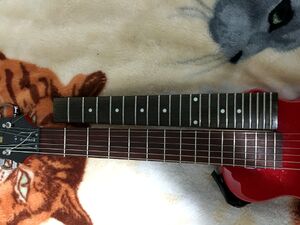 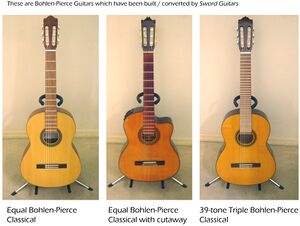 The Bohlen-Pierce (BP) scale is a 13-tone macrotonal nonoctave scale designed to emphasize odd-number intervals and chords, such as the 3:5:7:9 tetrad. It was first described as a 7-limit just intonation scale and as an equal temperament, 13 equal divisions of the tritave. The tritave (3/1) usually replaces the octave in the role of the equave, such that intervals a tritave apart are considered equivalent.

It is closely related to the rank two temperament bohpier. It is normally thought of (if not in these terms, then in fact) as a temperament defined on the 3.5.7 subgroup. However, it can be extended to the 3.5.7.11/4 subgroup, especially when considering 13edt instead of the JI version. This extension is controversial because of the presence of 2 in the denominator of 11/4, but the interval is present in the sense that 3^(12\13) provides an approximation to it. Chords of Bohlen-Pierce, from this extended perspective, may be found listed on the page chords of bohpier.

Bohlen-Pierce was discovered independently by Heinz Bohlen, John Pierce, Kees van Prooijen, and perhaps others, usually noticed for its good approximation of odd-number just ratios 3:5, 5:7, 3:7, etc.; but not necessarily 4:11, 5:6, 6:7, etc.

Proposed by Paul Erlich, is the Triple Bohlen-Pierce Scale, or 39th root of 3. It approximates additional odd harmonics and can be used in a variety of ways, for both just intonation chords and harmonies, as standard Bohlen-Pierce scale interlocking three times with calm sounding quarter-tones, and for various JI modulations.